The wiki focused on the original Pirates of the Caribbean film trilogy by Disney.

Pirates of the Caribbean: The Curse of the Black Pearl: Capt. Jack Sparrow (Johnny Depp) arrives at Port Royal in the Caribbean without a ship or crew. His timing is inopportune, however, because later that evening the town is besieged by a pirate ship. The pirates kidnap the governor's daughter, Elizabeth (Keira Knightley), who's in possession of a valuable coin that is linked to a curse that has transformed the pirates into the undead. A gallant blacksmith (Orlando Bloom) in love with Elizabeth allies with Sparrow in pursuit of the pirates.

Pirates of the Caribbean: Dead Man's Chest: When ghostly pirate Davy Jones (Bill Nighy) comes to collect a blood debt, Capt. Jack Sparrow (Johnny Depp) must find a way to avoid his fate lest his soul be damned for all time. Nevertheless, the wily ghost manages to interrupt the wedding plans of Jack's friends Will Turner (Orlando Bloom) and Elizabeth Swann (Keira Knightley).

Pirates of the Caribbean: At World's End: Will Turner (Orlando Bloom) and Elizabeth Swann (Keira Knightley) join forces with Capt. Barbossa (Geoffrey Rush) to free Jack Sparrow (Johnny Depp) from Davy Jones' locker. Meanwhile, the crew of the Flying Dutchman ghost ship wreaks havoc on the Seven Seas. The friends must navigate dangerous waters to confront Chinese pirate Sao Feng (Chow Yun-Fat) and, ultimately, they must choose sides in a battle wherein the pirate life hangs in the balance. 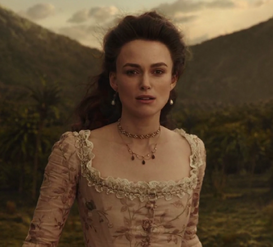 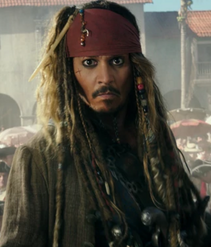 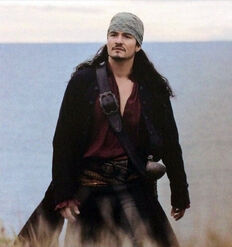 Will Turner
Add a photo to this gallery 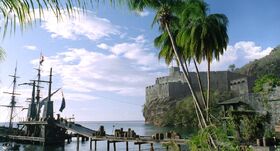 World's End
Add a photo to this gallery